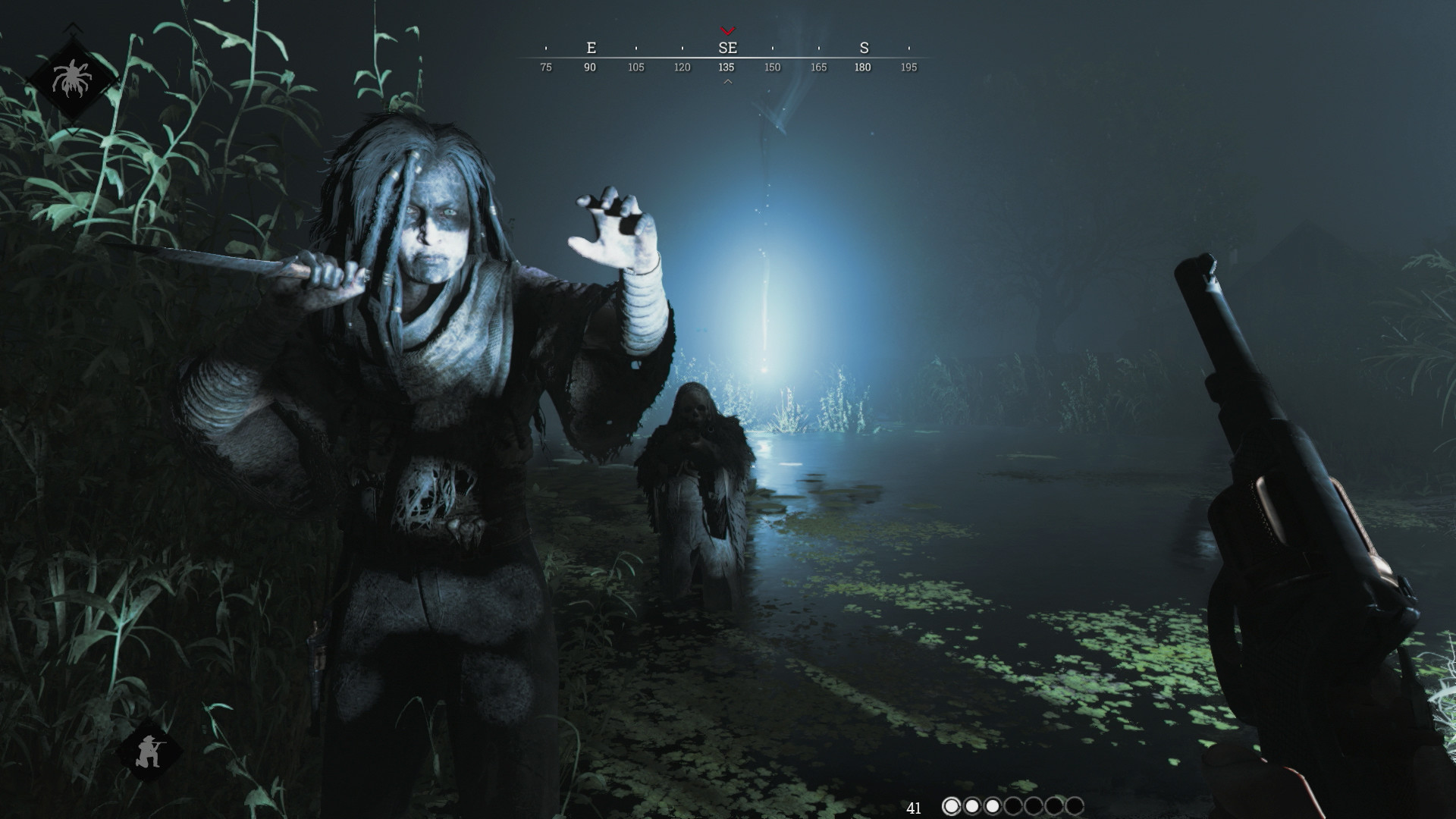 The Legends of the Bayou DLC dives deep into the bayou’s dark heart to initiate the full release of Hunt: Showdown and provide those loyal to the cause with two new Legendary Hunter characters and two unique weapons.

Two formidable figures are stepping out of the shadows. These exclusive Legendary Hunters take contracts like any other, though their true loyalty remain shrouded in secrecy.

The first of these is the Bone Doctor, an influential practitioner of voodoo. He has foreseen the evil, which befell the swamp, long before it even arrived. Now that evil has arrived in force, it has learned to fear the doctor’s bleached skull visage, and his necklace of prophecy bones that foretells its own downfall.

The Weird Sister is one of The Bone Doctor’s most faithful followers. Once called Cora Beukes, her visage has been obscured by the markings and talismans that guarantee her safe travel through this world and the next.

Copperhead, named for the ubiquitous indigenous snake, is a legendary Nagant M1895. A weapon of distinction, it is only carried by the very first Hunters to reach the bayou, and is all the proof you’ll need to show you were here from the start.

Blood Oath is inscribed with the family oath of the infamous McGowan twins - “Bound in Blood, Two are One” - a saying that has since been repeated by many long-enduring Hunter duos, and a throwback to an era when all Hunters seemed to fight in twos.

[US] Hunt: Showdown - Legends of the Bayou