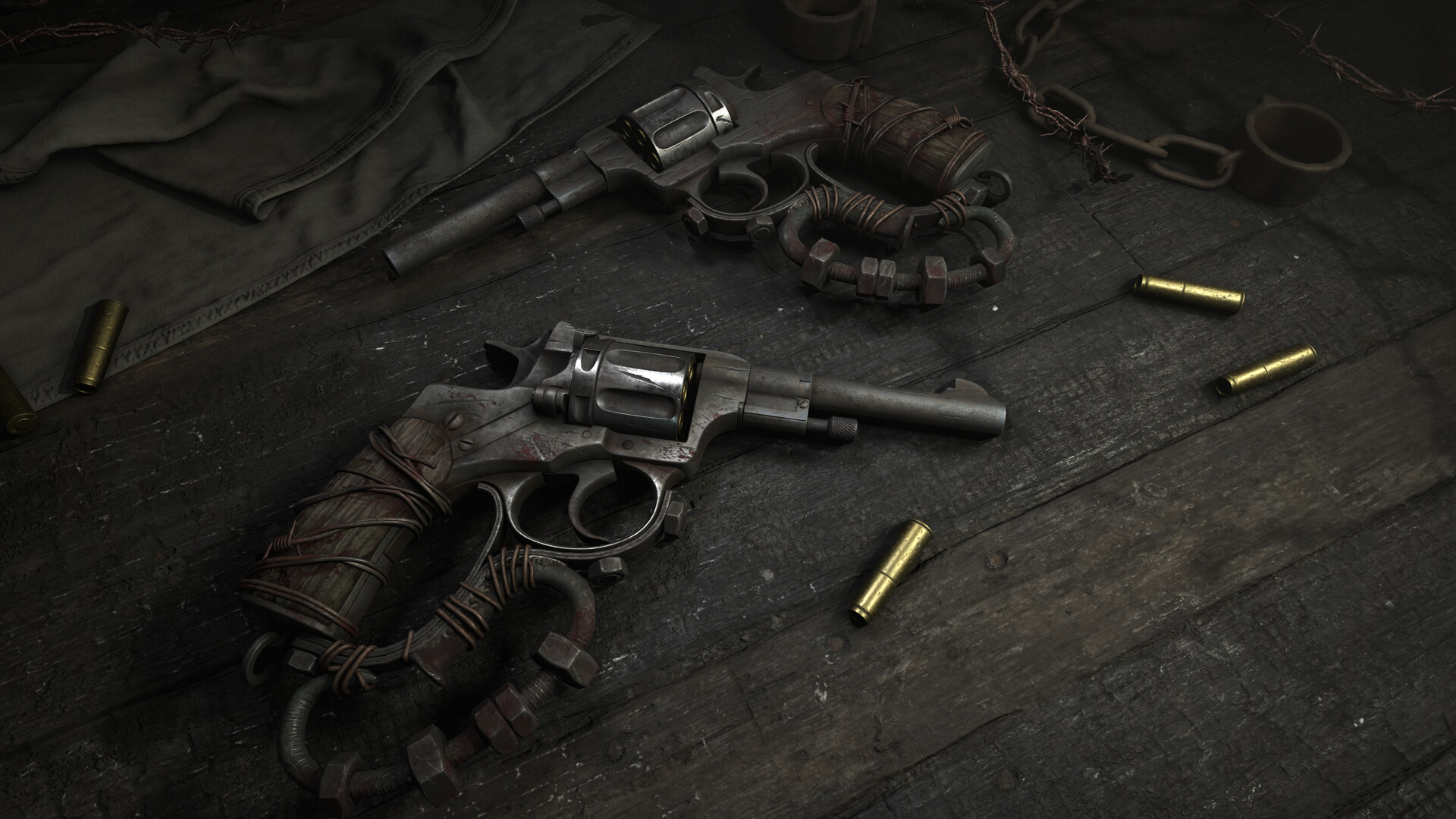 Like a hound experiencing their first taste of fresh meat, Damien Yedaiah became obsessed with pain when the sweet touch of his whip granted him the salvation and forgiveness that he sought for years. In its warm embrace, pain helped Damien fight his remorse and shatter his memories – a blessing bestowed by the Lord himself. But as the years passed, his scars – testimonies to his imperious devotion – grew. Festering wounds stretched across his body like vast mountains, burying his nerves deep beneath thick layers of scab and scar, and one day, his body became numb, and pain, his guide to salvation, abandoned him.

Each jolt of pain had been marked by sweat, blood, and his inharmonious moans that had kept his demons at bay, but that night his whip travelled in the air for nothing. A candle’s light, too weak to even illuminate the wax underneath, flickered once, then twice, as the whip rose and fell, ripping off skin and flesh, but delivering no pain but disappointment. Shadows danced with the flickering light as if to celebrate their arrival, and the demons, screaming louder than ever, greeted Damien mockingly.

An anguished moan echoed in his sanctum, a crypt cloistered beneath the St. Francis Seraph Church, and Damien trembled in desperation as his demons resurfaced. Possessed by a need for the scape of pain, he did what he had to do to silence them, wrapping the parts of his body untouched by the whip with barbed wire. But it wasn’t enough. Desperate, he skinned his own face and hid it behind a cloth bag dipped in salt. But the ecstasy was temporary. The candle’s light died, and with it, hope. He stood in the dark surrounded by his past as memories flashed before his eyes: his wife, chest cut open, face shredded, and hands tied with her own intestines – her eyes fixed on him, as if begging for mercy that is never to come. Behind her, his son, limbs severed from joints, each nailed on a big cross and crudely sewn together, forming a sculpture of flesh, and Damien holding the shotgun he later dubbed Delirium, as a reminder of his sins.

And through the frenzy of images, a voice spoke of peace, the promise too tempting to resist. With The Scourge in his hand, still dripping his own blood, he took his first step into the AHA branch in Louisiana, and the voices, now harmonious, welcomed him to the Hunt.

Damien Yedaiah buried his past beneath his countless scars, pain helping him to silence his demons. But as his body collapsed and his mind gave way, he found salvation in the blood and pain of others.

Damien Yedaiah knew only one method to attain peace: Pain. But his need was too great for his body to withstand, and he concocted this Regeneration Shot to keep his body intact, so his mind could savor the sweet escape of self flagellation.

Deep in the crypts beneath the St. Francis Seraph Church, Damien Yedaiah sought the sweet embrace of agony - solace from and punishment for what he had done to his own family with this Caldwell Rival 78. Once his demons returned though, he had no other choice but to unearth Delirium once again.

When his body resisted pain, Damien Yedaiah resorted to unconventional methods to keep his demons at bay. He adorned this Nagant M1895 Officer Brawler’s handle with barbed wires so he could enjoy the same pain he used to bring to his victims.

[US] Hunt: Showdown – The Penitent